Where Your Property Is Our Passion

In 2017 we took over a property that had some tenants, squatters, and way too many roaches. Neither of the latter two were paying rent.  Anyone that was paying was paying not nearly as much as the property should have been generating. We took over this 42-unit building that was located in a working-class neighborhood in the Chicago Western suburbs. Prior to meeting us, the owner had hired a one man show, someone who was not a real estate professional and had never had any training or experience running a multi-million-dollar asset. By the time this manager was fired, the property was reduced to just 57.1% occupancy, crumbling units, the city furious with the owner, and more roaches than you could ever imagine.

The owner first approached us with a desire to sell. When he heard our valuation, he was floored by how far the value he had in mind vs reality really was. During that time, we sat down for a valuation meeting. The building had just 24 units leased at an average of $770 per unit in rent, for a total of $18,720 gross monthly or $224,640 annually. This was assuming all occupied units were paying. We found out a short time later that only 17 of the 24 tenants were paying, reducing the total income to $13,090 monthly or $157,080 annually. Our analysis of the building’s value at that time was as follows:

Considering the condition of the building, the owner believed the value was at least double what we presented to him. We then had to demonstrate to the owner how a buyer would view this property, and how, as the seller, he was losing all leverage in the building’s value based on the current state it had fallen into. During the meeting, our partner, Bryan Sonn, jumped in and said, “or we can lay out a plan to make this property worth $3,800,000.00, just give us a week and access to the property once more.” The owner agreed to this next step.

Bryan and his team spent the next 7 days crunching numbers and getting bids. On day 9 we met with the owner again, designing a plan that consisted of 5 steps, which by the end turned into 6 steps.

We finished rehabbing the units in 55 weeks and had them all leased by 58 weeks. Following the 5 steps, there was a period of 3 consecutive months when there was 0% vacancy. As we were talking with residents, existing and incoming, we asked what else they would want for a property like this?  Time and again they all said laundry facility. This gave us the idea to reach out to our coin laundry contact and setup a joint venture between the coin laundry operator and owner for a shared revenue agreement. There was space in the basement for laundry. It was the perfect set-up, which brought in another $7,000 for the owners to share annually. It was only a $1000 investment – mostly plumbing items - by the owner to install the operator’s machines.

It was about week 63 when we met with the owner at his home in California (we take advantage of the opportunity to visit clients that live in warmer weather). I think he was expecting us to arrive with excuses about why the project wasn't done, but he was happily surprised that we did all as we had promised and in advance of our proposed schedule.  It was there in his living room we presented him with our new valuation.

He was amazed, giddy, and ecstatic.  He even stopped to clarify that he was reading our numbers right. In just over a year we had taken his property and tripled the value with his small investment of $314,000.00. By the end of the conversation, we worked with him on a plan to move away from selling, to simply refinancing, which would allow him to pull the cash out that he wanted and to hold the property for now. This would allow him to access $1,000,000 in cash he wanted for another venture, to push any tax obligation down the road some, while still having cash flow coming in from this property each month.

There are a lot of owners out there that don’t realize the money they have hidden in their own assets. That’s why it is important to work with a property manager that is a real estate professional to uncover the full potential of a property. 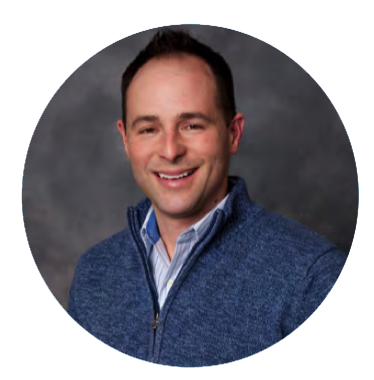 MARK AINLEY is an investor, managing broker, and property manager with nearly two decades of experience in real estate. He has been a speaker at numerous events across the country including investing summits in Dallas, Atlanta, San Francisco, and Chicago. Mark loves to give feedback to beginners, out-of-state investors, or less experienced entrepreneurs on what steps to avoid in growing a business. His extensive experience allows him to share his knowledge on many topics like property management, scaling a business, rehabbing and flipping, out-of-state investing, asset stabilization, market analysis, and more. He has rehabbed and stabilized over 480 properties and currently manages over 1000 investment properties throughout the Chicagoland area. Mark is the co-founder of GCR&D, a full-service real estate brokerage, property management, and real estate investment firm in the Chicago Market. Through his brokerage, he consults with both local and out of-state investors on the acquisition, stabilization, and management of their rental property portfolio. GCR&D recently made the “top 5000 fastest growing companies in the United States”list by influential Inc. He was featured on CNBC’s TV show The Deed, featuring one of his rehabs. He has also been featured on podcasts like Bigger Pockets, The Real Estate Mogul Podcast, Joe Fairless, REI Diamonds, and Real Estate Money School. In 2017 he was featured on the cover of Top Agent - Property Management Edition. https://www.biggerpockets.com/blog/contributors/markainley

Have Questions? Ready To Get Started? Give Us A Call Today To Discuss Your Options.